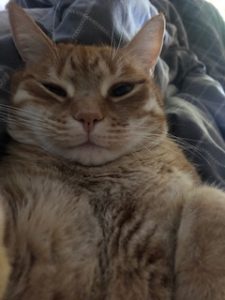 Jerry is an adorable big cat with a big personality! He was affectionately nicknamed “Garfield” in
hospital due to his likeness to the famous cartoon cat! He presented to the clinic when his owner
noticed he was struggling to urinate. He was found to have a large firm bladder which we were
unable to express, which suggested a blockage of his urethra (the tube that carries urine from the
bladder and exits the penis). 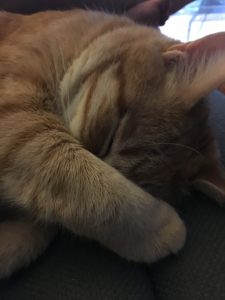 He was anaesthetised so that we could flush his urethra and place a catheter in it to allow it to drain.
He immediately felt better and was affectionately giving us his (rather forceful) head boops as soon
as he woke up! After 24 hours in hospital, Jerry’s urinary catheter was removed and he was toileting well on his own
so was able to go home. 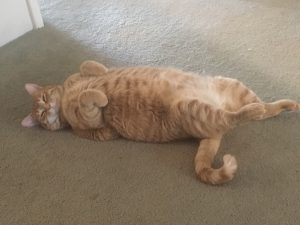 Lower urinary tract disease is a relatively common issue in cats. It can have many causes such as
bacterial infection, crystals or stones, but sometimes there is no obvious underlying reason for the
inflammation of the bladder (we call this “idiopathic cystitis”). There are also several factors that can
predispose cats to urinary problems such as obesity, an inactive lifestyle, inadequate water intake
and stress.
Male cats in particular are at risk of urinary blockage by crystals or urethral plugs due to their long,
narrow urethras. Complete blockage is an emergency situation as it can lead to electrolyte
abnormalities, kidney damage and ultimately bladder rupture and death if left untreated. 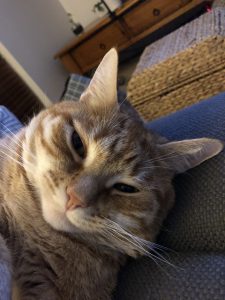 Jerry was fortunate in that his owner noticed his problem early on so he did not have any life
threatening complications, and he also responded well to the treatment. Some cats with more
severe disease may require longer hospitalisation and can be at risk of repeated blocking.

Once an acute episode of lower urinary tract disease has been treated (eg with unblocking,
antibiotics as needed), long term management is needed to reduce the risk of further episodes. This
usually means a special diet formulated to acidify the urine (which prevents the formation of
crystals), along with reducing other risk factors, by weight loss, increased fluid intake and stress or
anxiety treatment, if needed. 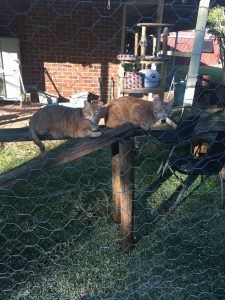 Jerry was started on a prescription diet specially formulated for urinary tract disease plus weight
loss. He is going well and we are looking forward to seeing a slimmer Jerry as he works towards his
ideal weight!