This month we have a special story to share involving none other than the beautiful Peanutt. 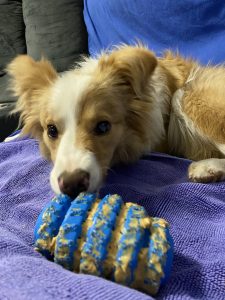 Peanutt is a one year old Border Collie who was rescued by her now parents. Peanutt was not in a good way when she was adopted. She was severely underweight and had a painful left eye due to a mature cataract with iris adhesions.  Although Peanutt had a rough first few months to her life she had finally found her ‘furever’ home.

Peanutt presented to the clinic with non-weight bearing lameness in her right hind leg. X-rays confirmed she had a nasty fracture to her femur. She underwent surgery to repair her leg. Unfortunately this repair failed secondary to her bones being too brittle (low bone density). This is likely due to her malnutrition as a puppy. Peanutt underwent a second surgery to amputate her leg and remove her left eye. Although the procedure was a long one for Miss Peanutt, Dr Jaime was able to successfully remove both leg and eye with Nurse Jess monitoring her closely during and after surgery. Peanutt has made a great recovery and is adapting well. 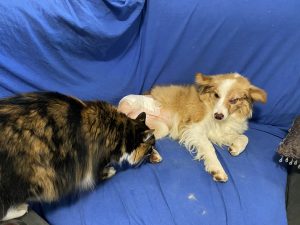 Peanutt is so lucky to have two dedicated owners who did everything they could to give her a better life, and they now have a gorgeous girl who loves them dearly. 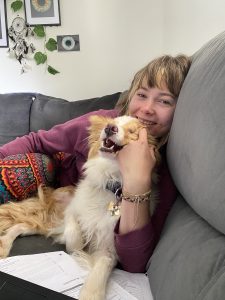 We loved being a part of Peanutts’ story and helping her when she needed it. Thanks to Verily and Stephen for entrusting us with Peanutts’ surgery, she was an absolute superstar! 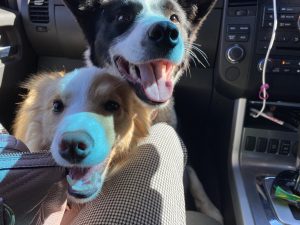